A traumatic crisis is caused by a sudden, unexpected and intense incident. The event produces a significant emotional shock that temporarily overwhelms the individual. Traumatic crisis is a reaction to an event which threatens the essential aspects of life.

A crisis may be traumatic for many reasons; for example, the death of a loved one, suicide in the family, serious illness or disability, termination of employment or being subjected to violence may lead to the wounding of the psyche. In addition, accidents and disasters involving large groups of people can result in traumatic crises. Processing and handling a traumatic crisis is often painful, hard work.

Going through and handling a traumatic crisis is often painful and laborious. How every everyone has different abilities to help cope with crises.

Different kinds of events and situations in life can lead to crises. Typical factors causing crises are listed below. 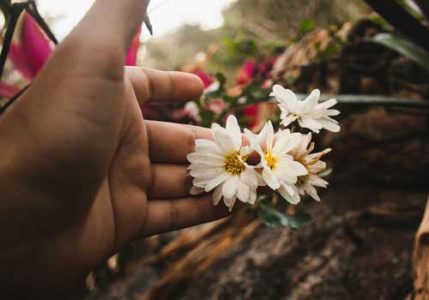 The Phases of Traumatic Crisis

The shock phase follows immediately after the triggering event. During the shock phase, the person is not yet able to comprehend the event that caused the crisis and may even deny it. While some people in shock become completely paralyzed, others behave in a mechanical and cold way. Some people in shock may become strongly agitated; they may scream or cry furiously. People may also alternate between paralysis and restlessness. The reactions of people in shock, such as apparent lack of feelings, may confuse the people close to them and even cause resentment.

The shock phase may include:

Reactions during the shock phase may seem scary and strange. However, they play an important role in protecting the psyche and life: severe shock cannot be understood within a short time period. Thus, the shock phase allows time to face what has happened. Usually people in shock need concrete safety and a feeling that the people around them are in control of the situation. The incident should be discussed in a calm manner. One should keep in mind that people in shock rarely remember what they have been told, as their ability to absorb information has been weakened. Therefore, others should speak in a calm, clear and simple manner.

The person in the reaction phase needs a listener, as well as concrete instructions and support to cope with everyday life. At this point in the crisis, the person is about to start processing what has happened and he/she balances between protecting themselves from the unbearable experience and processing it. During the reaction phase, the incident that caused the crisis will often recur as memories both while awake and asleep. The incident may suddenly return to mind as very vivid images, triggered, for example, by a certain smell or sound, or they may simply return during a normal conversation. At first, the incident may present itself as a nightmare but later the dreams will become more diverse.

The feelings of people in the reaction phase are often very similar to each other and they are often expressed in the same form: “I think I’m going crazy”, “I can’t take it any more”, “will I ever make it through?”, “life feels like a rollercoaster”, or “will this pain last forever?”, for example.

The reaction phase may include:

During the reaction phase of a crisis, people often feel the need to be heard. They may feel the need to discuss the matter over and over again. This may feel very heavy and consuming to the people close to the individual. One should keep in mind that talking plays a significant part in the recovery process: it helps in understanding what has happened, it is easier to face the feelings once they are properly identified, experiences may be shared, peer support may be received, and talking makes it easier for others to understand the behavior of the individual. Moreover, talking allows the person to examine the situation from different points of view, as well as to acknowledge the significance of the situation.

The processing phase may include:

During the processing phase, the person is aware of the changes caused by the crisis and often begins to analyze his/her own identity and personal convictions and beliefs. He/she begins to think beyond the event but will not yet have strength to plan the future. Nevertheless, the person is preparing to face the future. During the processing phase, those who have lost someone close to them are ready to do the actual grief work.

During reorientation, what has happened slowly becomes a part of everyday life and the identity. The person is able to live with what has happened, and it is no longer constantly on his/her mind. Every once in a while, the pain will resurface but there is also joy in life; the person will be able to look to the future and regain confidence in life.

The event becomes a significant part of his/her life story but it will no longer control feelings and thoughts. It will no longer strain one’s mental health; instead, it may have made the person even stronger than before. Nevertheless, the course of a crisis is not straightforward; for example, things reminding of the incident can bring back heavy thoughts, anxiety and other symptoms.

Many people who have experienced a very difficult crisis say that they have changed: they say they found resources they never knew existed in them. Life after the crisis may seem more vulnerable, but also much more meaningful than before.

Morgan Health Centers is locally Owned & Operated in Southwestern Idaho’s beautiful Treasure Valley, with locations in both Meridian and Boise, Idaho. We believe that being entrusted to pursue a journey towards health with a patient is a privilege and seek a collaborative bond within this relationship working together to achieve greater health & wellness.

Please consult your health care provider if you have any questions or concerns about your health. Always seek the advice of your physician or qualified mental health provider regarding any mental health symptom or medical condition.  The information is not intended to be used for medical diagnosis or treatment or as a substitute for consultation with a qualified health care provider. Never disregard professional psychological or medical advice or delay in seeking professional advice or treatment because of something read on this website. The information provided on this site is for educational or informational purposes only and should not be treated as medical or behavioral health care advice.